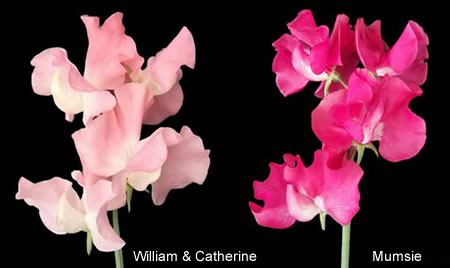 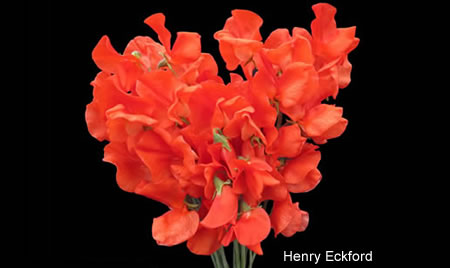 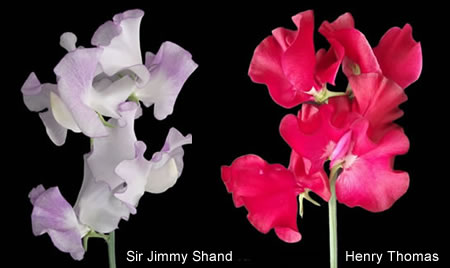 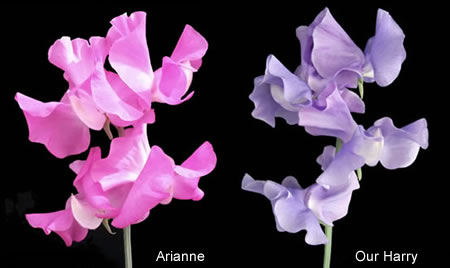 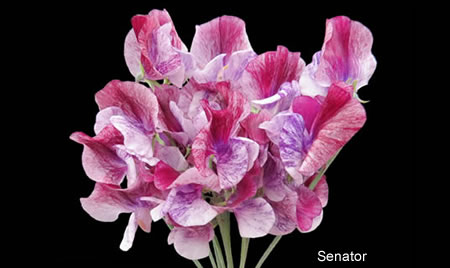 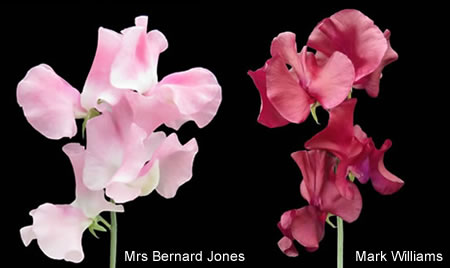 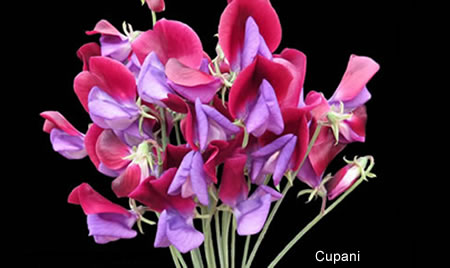 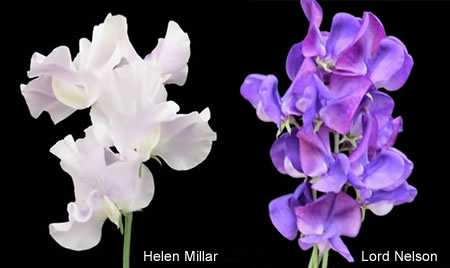 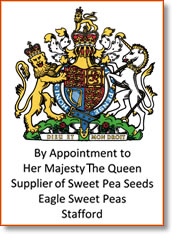 Possibly Britain's favourite garden flower, Sweet Peas epitomise an English Summer Garden. Their sweet fragrance and beautiful flowers make them an excellent cottage garden plant, and as a bonus, the more flowers you cut to fill your vases, the more flowers they grow!

The 2020 Chelsea Show was cancelled.

This year is going to be a very strange one with the outbreak of the Coronavirus. Unfortunately, due to this, all of our shows for 2020 have been cancelled.  However, as we are a small family run business, we are still able to sell our seeds through the website and mail order.

We are happy to be releasing a new variety for this year called “Allan Hodgson” which is a lovely Maroon colour and named after a fellow sweet pea grower and exhibitor.

The last ever Eckford Sweet Pea Show in Wem proved as always to be very popular and was well attended by the public. It will be sadly missed by many growers and the public.

It was very sad news that Professor David Bellamy passed away last year so as a tribute to him we have made the sweet pea which we named after him available again.

We would like to thank the NHS staff for all their hard work through these trying times. 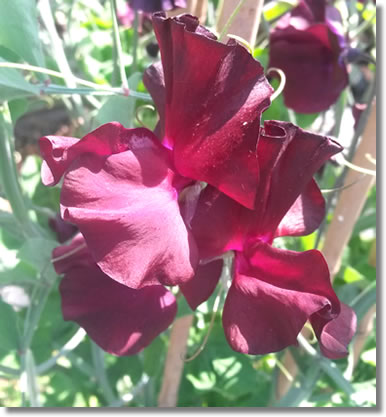 Allan Hodgson. This sweet pea is named after a fellow sweet pea grower, and exhibitor, who sadly passed away in 2014. Allan achieved many successes at National level including the Clay Cup in 1988. This new variety will do well for both exhibition and garden decoration. It is both weather proof and highly perfumed. 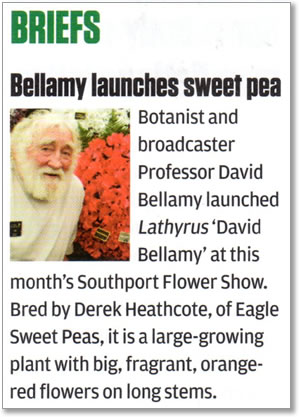 In Memory of: David Bellamy This was released by ourselves in 2011 and was named after the Botanist, David Bellamy OBE. Sadly David passed away in 2019 but he was very proud to have had a flower named after him. This is a deep Orange Red which has a good perfume and is excellent for exhibition and garden decoration.

Buy Sweet Pea seeds using our website; we stock nearly 50 varieties, many of which we have bred ourselves. All of the other varieties have been selected by us as the very best available for perfume, colour and quality. In addition to selling our named Sweet Pea varieties individually, we have put together a selection of collections and mixed packets, each chosen for a particular theme.

Sorry, but the nursery is not open to the public.

Eagle Sweet Peas are a specialist producer and retailer of Sweet Pea seeds. As a breeder of new Sweet Pea varieties, in 2014 we were thrilled to announce the release of our new variety HELEN MILLAR.  In 2017 we released PATRICA MARLYN, MARK WILLIAMS and EVIE JONES. In 2018 we released ARIANNE.  Over the years we have been awarded numerous RHS Gold Medals, but pride of place must go to the many Chelsea Gold Medals that we have won. 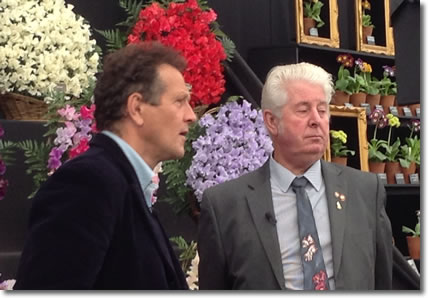 Monty Don from the BBC interviews Derek Heathcote in front of the Eagle Sweet Peas stand at the Chelsea Flower Show in 2015 View the video of the interview with Monty Don. 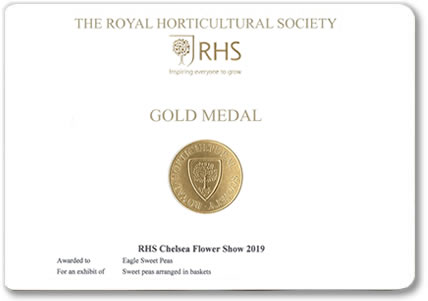 Our Chelsea Gold Medal awarded at the Chelsea Flower Show 2019