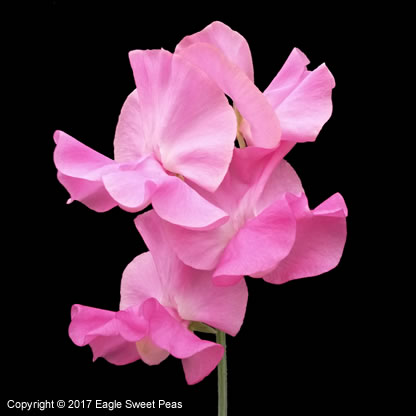 *** Evie Jones (4). Magenta Pink. Released in memory of Evie, a very special little girl who lost her fight against Leukaemia the day before her 6th birthday in 2014. 50% of sales will be donated to the "Princess Evie's Trust" which provides support to families affected emotionally and financially by Leukaemia. This was bred by Andy Hubbuck and received a "Highly Commended Certificate for Exhibition and Garden Decoration" at the RHS Trials, Sparsholt in 2016.
(* Denotes Perfume)